How Did I End Up In The Food and Sugar Addiction Space?

Ok, let’s see.  My first encounter with addiction goes way back as a little child.  Ever since I can remember, my mom has been an alcoholic.  I don’t know really at what point in my life I really started to understand or comprehend the scale of the situation.

I love my childhood.  We lived in Saldanha Bay, a small coastal town at the West Coast, South Africa.  I would always go and watch how my older sister practice netball at school.  And they would give me a turn to practice and play with them.  I loved it.  Us kids would spend a lot of time on the beach, looking for anything that moves, climbing rocks, swimming in the ice-cold water.  There was no adult supervision. We would sneak away without my mom knowing it.  I don’t know if she worried about us and whether we were in trouble for doing this.  Today, if you let your 4 and 5-year-old play alone on the beach, they will lock you up

My parents divorced when I was 10 years old. I think I probably became more aware of my mom’s addictions during that time.  It was only much later in my life that I would learn my mom was an alcoholic ever since all of us were born. It’s miracle that I am even alive, let alone healthy and well.

My mom was a chain smoker. At some point she started to abuse over the counter (OTC) medicines. Tranquilizers, sleeping pills. I think anything she could lay her hands on. I remember the dark cold nights she and my dad would fight. I would pull the blanket over my head to try and get away from it.  My heart would be pounding. My mom screamed so hard I thought somebody was going to kill someone.

Fast forward to my high school years.  My mom did eventually give up alcohol.  But never the meds and only much later, the smoking. I hated to see her like that.  She died about 5 years ago from what we suspect is lung cancer and emphysema.  She never wanted to be tested for lung cancer.  We will never know.

You might’ve already heard my sugar story.  I stumbled across the effects of sugar during the time I was looking for alternatives to treat my son’ s ADHD and take him off his Ritalin. He had terrible side effects from the Ritalin, and everybody seemed to think it was fine. If he sits still in class it was OK for him to chew off the skin on his thumbs until his fingers were raw.  It was OK for his personality to change from a bubbly child to a depressed child. He should just sit still in class. Mmm…didn’t quite sit right with me and I am one that asks questions. People get mad at me, but I want to know how and why. I would also come to learn later (not sure what the latest research shows) that medical researches know Ritalin works  But they don’t know why. That scared the s*&%# out of me. Here can doctors prescribe medication to my child that alters his brain function/thinking, but they have no idea why it works.

After 6 months of removing all sugar and processed food from his diet, he was a completely different child.  And I started to wean him off his meds with great success. I loved to have my crazy child back. He keeps me on my toes – keeps the sunshine in the house. I would not have it any other way.

What was mind boggling to me though, was the folks in the gym that would always tell me “Oh, but I cannot ditch the bread”. They are so freakin disciplined with everything else and what they put on their plate, but when it came to the cakes, pastries and bread, they just cannot resist. That made me even more curious. I yet again started with the research. And it included everything from physiology, mind-body connection, biochemistry, marketing of food and what role politics play in all of this. Yes, you heard right, politics.

Our whole food system is driven by greed and politics. Scary isn’t it.  They take the free will of the consumer captive, so that they can make you buy more.  Did you know that companies like Coca Cola fund some dietitians, health care representatives to advocate that soda is not bad for you?  Yes, they get financial endorsements from these Sugar Giants.  Even Jillian Michaels does.  Remember when she came out a few months ago against keto?  I wonder how much she was paid to jump on that bandwagon.  She is endorsed by a water company that’s owned by Coca Cola.

I see physicians being threatened, because they help their patients to get off the sugar and junk food and cure them from their diabetes.  Why? Because if you get someone to get off sugar and junk food, the food giants will lose, and the pharmaceutical company will lose.  Pharma needs sick people to use their meds, otherwise they don’t make any money.  That is why people like us, have a big problem with companies like Coca Cola, Kellogg’s funding medical research. Because if you as a business owner, gets a huge endorsement, the result will always be in favor of the company who gave the big money. Bias you say? It’s political driven.

So here I am, positioning myself as a spoke person for the mom who’s obese, at risk of a heart attack and the doctor just keeps on telling her “you’re getting old, just take your meds”.

Here I am, positioning myself as a spokesperson for the individual who just got diagnosed with Diabetes. Who are scared because they now have an “incurable” disease and a death sentence?  The only problem is, we now know it’s curable.

Here I am, positioning myself as a spokesperson, for the grandmother who is forgetful – which is a common side effect (neurological degeneration) of cholesterol medication. And the doctor is just telling her “it’s part of old-age”.

Here I am, positioning myself as a spokesperson for the child, who doesn’t want to lose their mom or their dad at age 5, because of their poor eating habits.

And that is, how I got into the field of food and sugar addiction.  It makes me mad. Because all these people, should live much longer and get old happy and healthy. They should have kids, that are happy at school and not put on ADHD meds because the teacher can’t cope with a busy child. Your child is not a commodity. 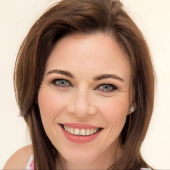 Navigate Your Sugar Cravings During the Holidays

Coronavirus: What You Should Know

Why Do Diets Fail?

The Truth About Our Relationship With Food